Man Who Returned N600,000 Mistakenly Sent To Him Now In Trouble 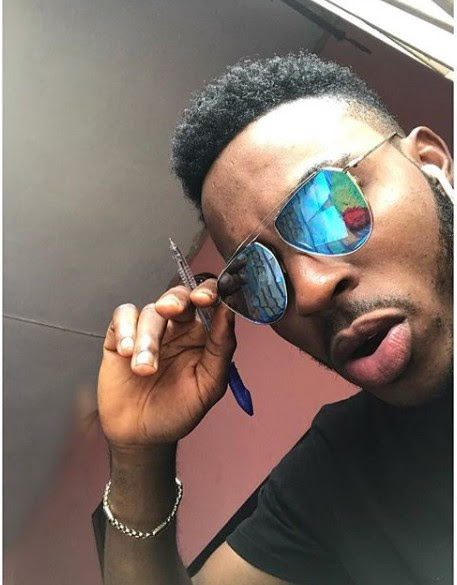 Mide who went viral few days ago for returning N600,000 that was mistakenly paid into his account, is now in trouble with the sender who claimed he exposed his identity to the public.
Mide has posted a screenshot of the conversation he had with the sender’s wife and carefully blotting out the details of the sender
.

But the sender is now threatening legal action despite the kind gesture showed by the man who refunded his money.
He wrote:
WHAT HAVE I DONE WRONG?
Here is the conversation between the owner of the 600k and myself. He is accusing me of revealing his details – phone number and account number which I carefully blotted out in the first picture that went viral.
The image showing on the chat is so invisible as to be connected to anybody dead or alive. I did inform the wife but there was no response from her. I still don’t regret my actions of refunding the money.
How UNGRATEFUL a living being could be. I was going to let this saga die down but the fact that he’s threatening me with the law for doing the right thing.What audacity! 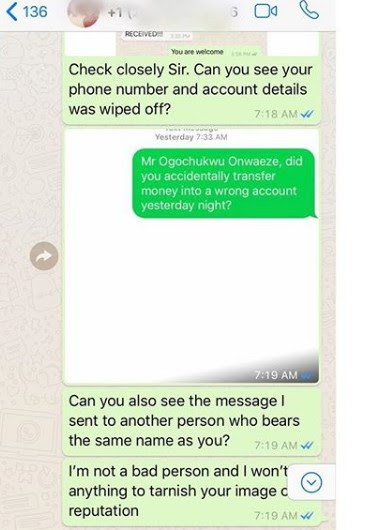 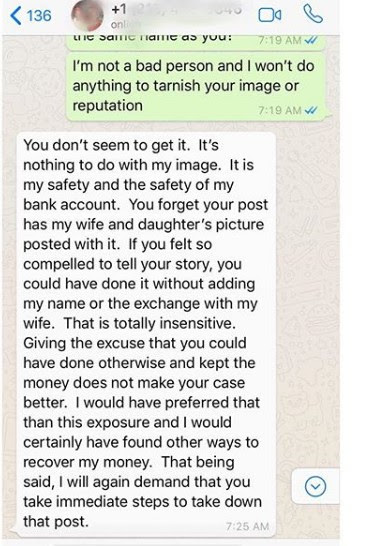 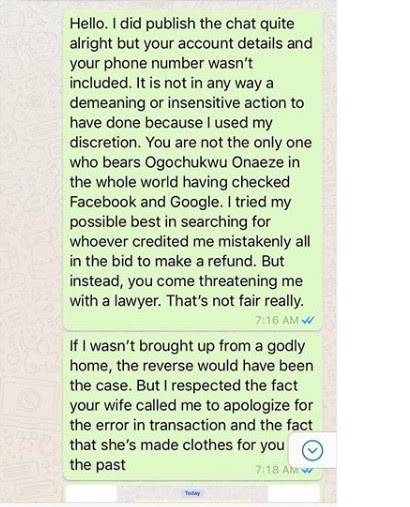 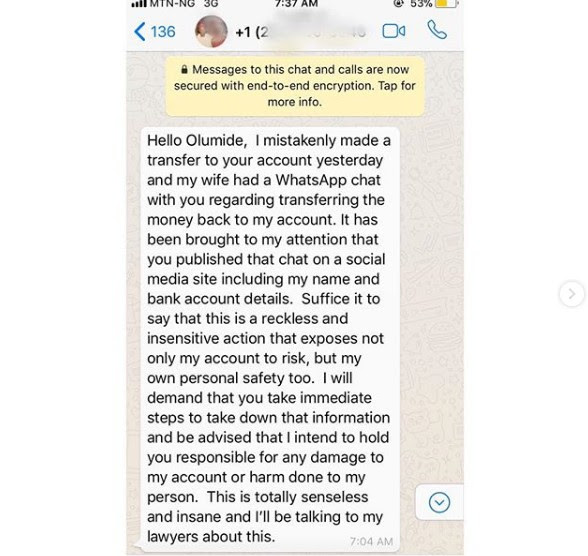 Posted by newsuntold at 2:26 PM