Heartbreaking: NYSC Member Dies Just One Month To The End Of His Service (Photos) 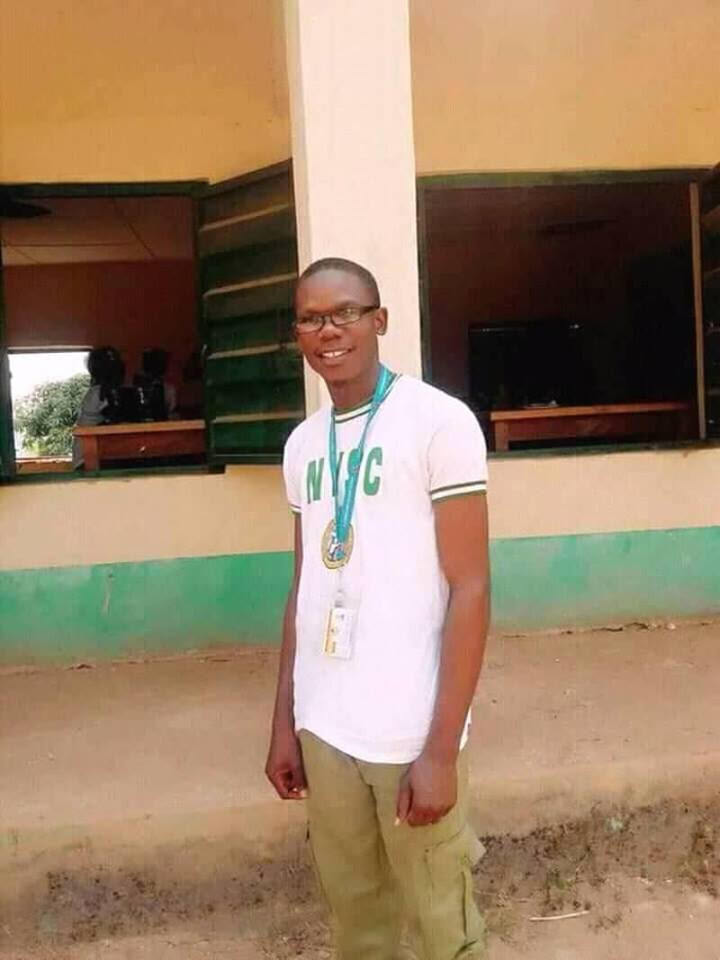 A corps member identified as Ubara Happiness Oghenevinyeze, has died.
The young man was serving in Anambra State before his really heartbreaking death.
The deceased, who was the president of the Anglican Corpers Fellowship of Nigeria, Anambra State Chapter, died in an auto crash, on Sunday, September, 30, 2018, while returning to his base from Benin, Edo State.


He was laid to rest on Thursday, October 3.
Dowell E. Dowell, a friend of Ubara, took to his Facebook page to mourn the young man’s tragic passing. 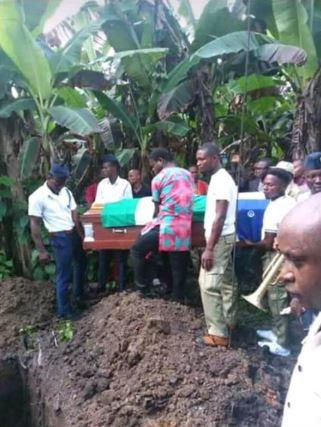 He wrote: “I still find it very difficult to believe that death actually laid its icy hands on a gentle soul like you.“Ubara Happiness was one of the most gentle guys in my class. This is so terrible. Happiness sleep for now till God will conquer death and give you a second chance to life.
“I really can’t believe Happiness is no more…its incomprehensible why this evil had to get to you in particular at a very early stage in life.” 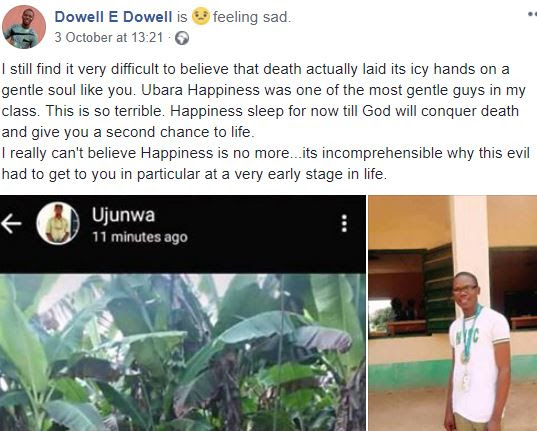 Posted by newsuntold at 9:01 PM

Email ThisBlogThis!Share to TwitterShare to FacebookShare to Pinterest
Labels: News