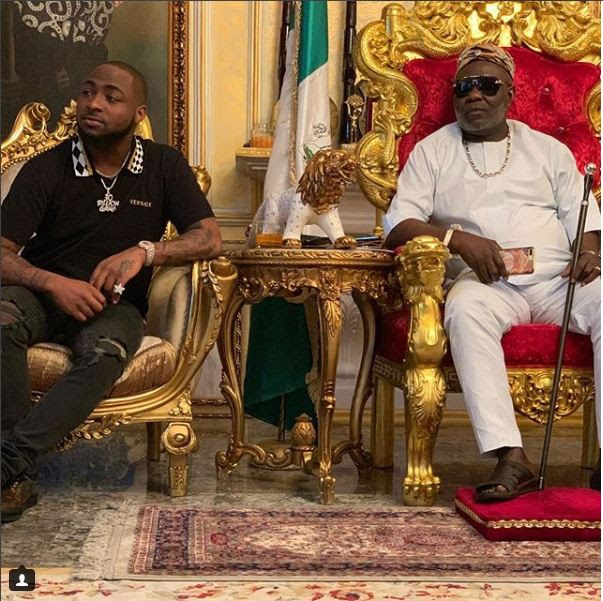 Being one of the greatest pop stars to have ever emerged from Nigeria, Davido is one young man who has access to meeting with the great and mighty in society.
Widely known as Omo Baba Olowo (OBO), Davido is often seen meeting with governors and other highly placed persons in society as well as traditional rulers.


His most recent of such visits to an important person is to the palace of His Royal Majesty, King Ateke Tom, the ruler of a kingdom in Rivers state.
Davido shared the photo below on his Instagram page showing him sitting beside Ateke Tom, who happens to be the Amanyanabo of Okochiri Kingdom in Okirika Local Government Area of Rivers State.
Captioning the photo, Davido simply wrote: “With my King @kingateketom!”

Posted by newsuntold at 8:52 PM